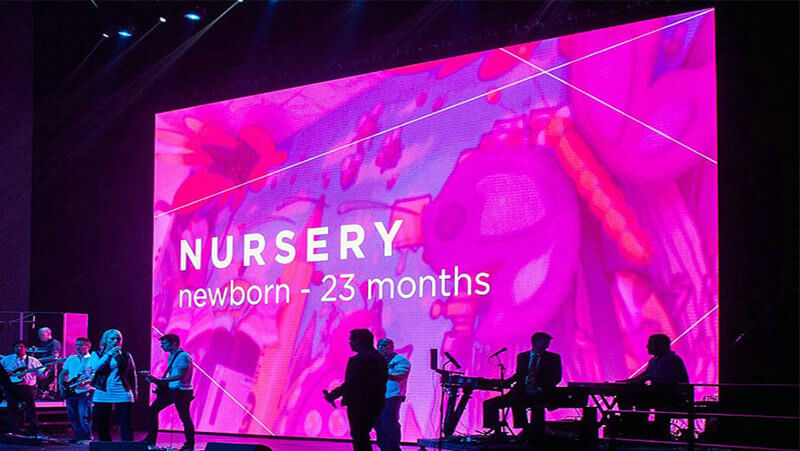 With the rapid development of social development, led display screens are everywhere, as the main carrier of advertising and information play, in the contemporary era, more and more follow the trend of The Times. Hd video often brings a more impressive visual experience, and the content is more real. So how do you make the led screen more hd? Led screen manufacturer for your analysis.

To achieve high definition display must have four factors, one is content requires full hd, 2 it is to support full hd display requirements, 3 it is to narrow the points spacing, led display is four led display and video processor. Full-color LED displays are also moving toward higher levels.

Contrast is one of the key factors that affect the visual effect. Generally speaking, the higher the contrast, the clearer the image and the more vivid colors. High contrast is helpful in the clarity, detail and grayscale of images. In some large black-and-white contrast text and video display, high-contrast full-color LED display has advantages in black and white contrast, clarity, integrity and so on. Contrast is more important to the dynamic video display effect. Because of the fast and dark conversion of the dynamic images, the more the contrast is, the easier the person’s eyes will be to distinguish the transformation process.

Grey scale refers to the full color LED display from the darkest to the brightest in the single color brightness can distinguish between the brightness of the series, full-color LED display gray level is higher, the color is rich, colour is gorgeous; Conversely, the display color is single, change is simple. The improvement of gray level can greatly enhance the color depth, so that the display level of image color increases geometrically. The level of LED grayscale control is 14bit ~ 16bit, which makes the image level resolution detail and display effect of high-end display products reach the advanced level of the world. With the development of hardware technology, LED gray level will continue to develop to higher control precision.

3. Narrow the spacing of the full-color LED display

The LED video processor can use advanced algorithms of image quality is not good signal to the decoration, execution to interlaced, edge sharpening, motion compensation and so on a series of processing, enhance the detail of the image, improve image quality.

Using the video processor image scale processing algorithm to ensure that the image of video is processed by zooming, the resolution and gray level of the image are maintained to the maximum extent. In addition, video processor is required to have rich image adjustment options and adjustment effects to handle image brightness, contrast and grayscale to ensure that the screen output is soft and clear.