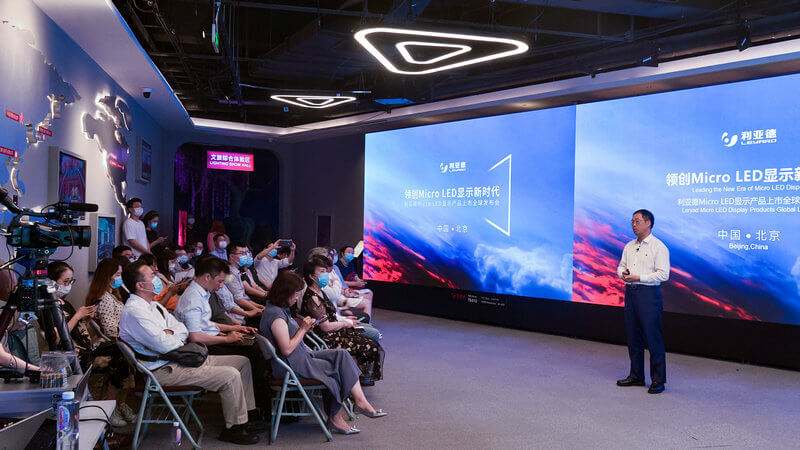 In recent years, the topic of small pixel pitch has been hot. With its own technological advantages, the functions and applications of small pixel pitch LED displays are constantly enriched, and more indoor applications are required. For example, in the video meeting, video monitoring area, and mainly in the areas of transportation, energy, public security, emergency rescue and so on. It is rapidly replacing traditional LCD, Mosaic wall, projection lamp and other display products. According to industry expert analysis, in the wave of “price war”, “merger wave” and “expansion wind”, traditional LED display will look for new growth points to improve its profit level.

Small – spaced LED displays are no longer a strange word in the eyes of the industry. In view of the small pixel pitch LED display can be achieved under the same size according to the characteristics of higher resolution images, and it has high color gamut, high refresh rate, no ghosting effect, low power consumption etc, so it’s conform to the requirements of the current user to hd, comfortable display effect. LED displays can be seen everywhere in our daily life, so the use of LED displays is quite high. However, it is easy to find most still is given priority to with the traditional LED display products, with the gradual progress of small pixel pitch technology, LED display leading enterprises have begun to put more attention to the wider indoor application market.

The most widely used is the application in the security field, which is completely seamless and the color is natural and real. It is the biggest advantage of small pixel pitch LED display and other traditional LED display screens. With the improvement of LED display technology in recent years, various types of monitors are emerging, and the weight is lighter, clearer and more vivid. Due to the market demand for some large size splicing screen project, can meet the demand of signal source quantity and complex control system characteristics, coupled with the LED display screen broke through the limitation of flat-fell seam, therefore, the LED display screen in the security industry application prospect is very considerable, small pixel pitch LED display will promote progress in the field of security, security will also promote the development of LED display field.

In addition, the space size is also one of the factors that restrict the small pixel pitch LED display. Even small pixel pitch as P1.6 specifications of the products, to achieve full hd resolution (1920 x 1080), to reach 144 – inch screen size, it’s a quite a huge demand for space, generally possible only in the “home” to more realize this purpose. The maintenance of later products in use is also a problem that cannot be ignored, although LED lamp bead can live up to 100,000 hours, but because its density is extremely high, and the required thickness is lower. Therefore, it is easy to have local fault, resulting in the situation of heat dissipation. Thus, along with the small distance between the LED display screen to really walk into household shows that there is a long way to go, LED display manufacturers in the production, technology should be further improved, can be applied in the field of the household display can be realized at an early time.

In conclusion, the application of LCD splicing and DLP splicing has been very mature in the commercial display market of the indoor large screen, which covers the middle and high end. Therefore, there are some limitations in the current application market, but it does not mean that there is no room for future development. With the continuous optimization and maturity of LED display technology and the expansion of the manufacturers’ camp, scale effect will be generated, leading to constant cost reduction.