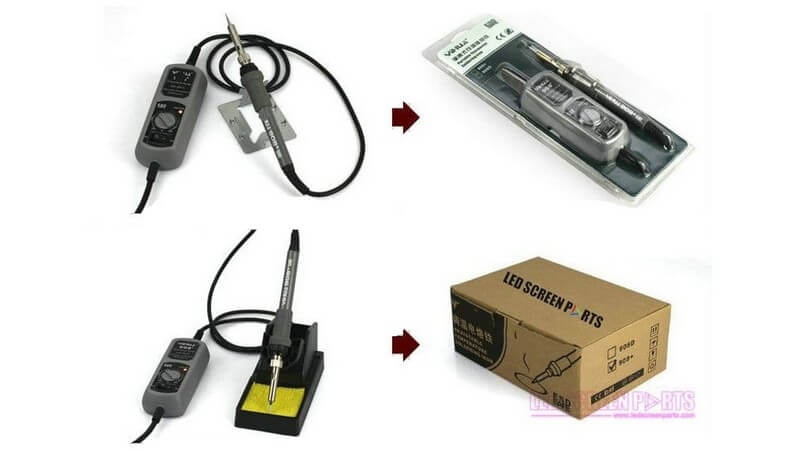 Full-color LED display, as currently used large outdoor screen, has been applied in many activities, such as a banquet, wedding banquet, stage shows, square display, etc, when the screen as the most important modern display device, the following a few points of maintenance is a simple analysis of the maintenance.
The first tools you need are a multimeter, soldering iron, blade, tweezers.
The problem of judgment must be dealt with in the following manner, which will be dealt with obviously and seriously. Short circuit should be high priority.

2. contrast method, comparative method is important and essential, IC, we cannot naked eye to see if it burn out sometimes, can be replaced with good IC, and sometimes we don’t remember whether it is interlinked signal, we can get good unit plate measurement under the corresponding position is how! Contrast is key!

3. Elimination method: sometimes there are many reasons for a failure. We can handle it one by one, and we can’t remember to look at the processing of common faults in the front, and eliminate one by one.

5. Voltage detection method: transfer the multimeter to the voltage file, detect the voltage of the voltage at some point of the circuit that suspects the problem, and compare whether it is similar to the normal value, otherwise the scope of the problem is determined.

6. the short circuit test: dispatch multimeter to short circuit detection block (or the pressure drop of the diode reverse or resistance, generally has alarm function), detect whether there is the phenomenon of short circuit, found that should be a priority after short circuit, don’t burn out of other devices. The method must operate in the case of a power outage and avoid damage to the table.

Maybe it’s more than that, but we’re all familiar with these methods!

The maintenance is summed up in three points:

Second: break the road
As the name implies, the signal is interrupted. We just need to connect the signal to the connection.