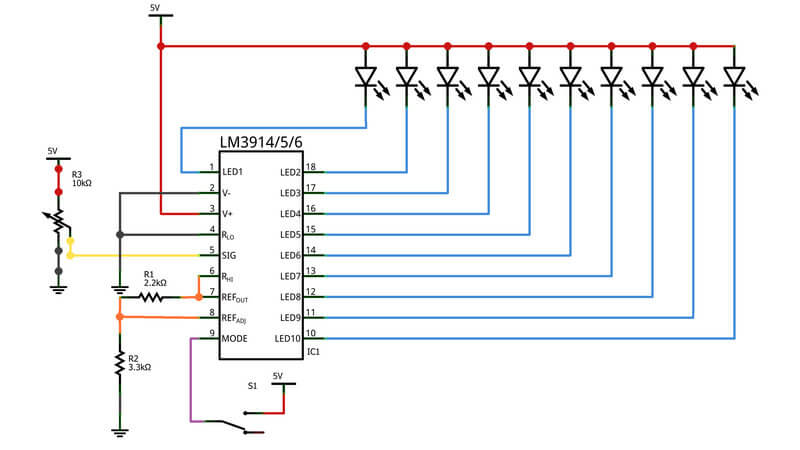 The display effect and service life of LED display will depend greatly on the performance of the drive chip. LED screen factories are using LED display to drive the chip’s import, more attention to the display effect. For example, whether the low ash is consistent, whether the gradient is evenly distributed, whether the oblique scan has a dark bright spot, and the short circuit, etc., these test items will be displayed to the end customers.

Show the effect of the test

The OUT drive port that drives the chip is directly connected to the LED light and is the core part of the drive chip. In view of the many harms caused by the oscillation to LED display, this paper presents a brief introduction to the port oscillation problems in some driving chips, and analyzes the reasons and ways of improvement.

The port oscillation phenomenon occurs when a mainstream driving chip in the market (such as P10 static, etc.) is interfering with larger modules.

2. The life of LED lamp is greatly reduced

It can be seen from the oscillation waveform that the negative pole of the LED lamp has been working under the class sine wave of 2V and the frequency 20MHz. Large power peak, transient large current, continuous extremely high frequency switch will reduce the life of LED lights.

3. The power supply fluctuates greatly and reduces the power life

If the 5V40A power supply is full load, that is 40A current load, then for the power supply, the current change will be the ampere-level current oscillating continuously around 20MHz. Dc power output terminal capacitance, in the high frequency of high current fluctuation, equivalent internal resistance heating, reduced life, resulting in larger die peak. The damage is not just power, but all components and drive chips on the module.

The constant frequency 20MHz of the class sine wave, the current change of each driver port is around 0mA to 40mA, and the power supply is the ampere-level current oscillating continuously around 20MHz. This will lead to the whole box, which will be superimposed on the dBuV value at the frequency point of 20MHz, which will eventually lead EMI to exceed the standard at this frequency point.

Causes of oscillation and preventive measures

The output current of the OUT port is turned on, the port parasitic inductance L produces a voltage surge, and there is a voltage ripple in the power supply, so the chip OUT port appears to have a large voltage ripple.

All the LED lights on the LED display are illuminated simultaneously, that is, all the driving ports on the screen open the output current, and the voltage ripple source of the OUT port is at this moment:

2) the parasitic inductance on the power supply or ground line causes the voltage ripple on the system power to be transmitted to the chip OUT port in series.

In addition, the increase of the driver port response time will cause poor grey display effects.

From the above analysis, the measures to avoid the port oscillation are:

1. Stability of the drive chip: replace the stable and better drive chip and avoid the oscillation from the source.

2. Optimize the line of module, reduce the parasitic inductance: use the ground wire as far as possible, and the power line is copper, but limited by the space limitation on the plate, there is not much room for improvement.

3, the capacitance of module is increased: it will bring cost increase.

Due to the poor internal stability of some driving chips on the market, the problem of driving port oscillation is affected by the parasitic inductance on the plate. This can result in poor display effect, shorten LED lamp and power life, higher EMI, capacitor noise, etc. Therefore, it is possible to avoid the problem of port oscillation by adopting a more stable driving chip.