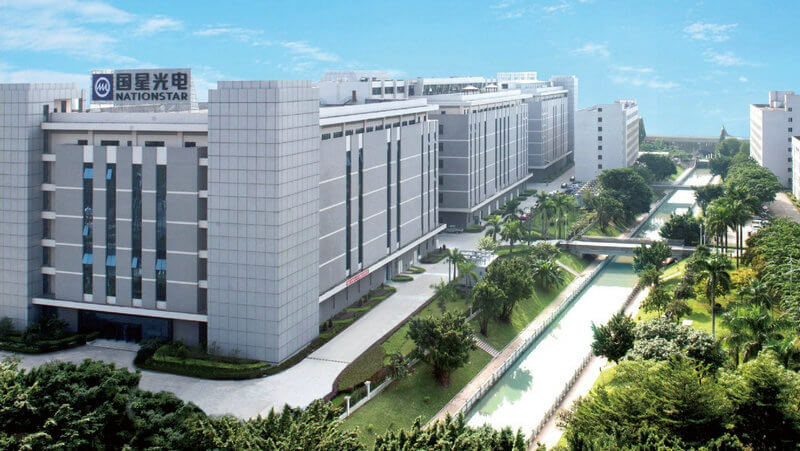 As is known to all, nowadays, almost every LED display company are facing a rise in the cost of staff management, product quality improve, enterprises have difficulty in recruitment, staff pay rises in a business and a workshop area of compactness, and many other real operating pressure. Based on the above situation, it is difficult for most LED display companies to get rich gross profit and pure profit. With the falling of equipment cost, the age of intellectualization is also the trend of the people. As the backbone of upstream development, the LED packaging market has also been moving forward, and has been developing rapidly in the development market of LED display screens.

After the previous “cold wave” in the LED packaging industry, some enterprises are gradually realizing the seriousness of the homogenization phenomenon and choosing to adopt the “low price strategy”. Among them, there is no shortage of mis-packaged enterprises, which have to withdraw from the LED packaging industry, which has been a phenomenon of large-scale bankruptcies and mergers and acquisitions in the industry. In recent years, the domestic LED industry has been recovering, and the packaging factories have been expanding. With the withdrawal of some small and medium-sized enterprises and the expansion of factory capacity, the “good time” of China’s LED packaging industry seems to be coming back to the masses.

Furthermore, LED industry has been developing rapidly in recent years, and the overall LED supporting facilities and supporting technologies have been greatly improved. Among them, China’s LED packaging manufacturers have benefited from the success of Chinese mainland customers success in deeply ploughing into emerging markets such as Southeast Asia and India, where revenues have been rising against the trend and corporate profits have risen significantly. Therefore, the overall level of China LED packaging has been greatly improved.

And China LED industry has been initially formed four regions, in the pearl river delta, the Yangtze river delta, the northern region, jiangxi and fujian region four regions as the typical representative, more than 85% of the LED companies are distributed in these regions. Each region has its own area of expertise and independent characteristics and has formed a relatively complete industrial chain. The pearl river delta is led by Guangdong development. LED industry has a certain scale, LED packaging field has been particularly prominent and has formed some industrial bases as development vehicles. The industry advantage is obvious, formed a number of leading enterprises. In addition, based on radiating Hong Kong and other developed cities, domestic and foreign investment is active, and overseas generation processing enterprises are also more natural.

And the long triangle area is an inland hinterland, LED industry development also not to be backward, development is most rapid. We also obtained a large number of investment and foreign investment opportunities in the pearl river delta. As a result of the special geographical location, Fujian triangle is one of the important bases for Taiwan investment. Although the pearl river delta currently occupies the leading position, due to the increase in the land value of the pearl river delta, the rent of the plant also increases. Basic wages are rising, and labor costs are increasing year by year. Government dividend policy changes, industrial upgrading and other factors, the pearl river delta packaging plant began to transfer capacity to the eastern inland cities.

It is estimated that China’s packaging capacity accounts for 60% of the world’s packaging capacity, and as the concentration of the LED industry increases, the increase in China is still increasing year by year. Among them, China’s LED packaging capacity expands rapidly, and with more capital entering, the production capacity of LED packaging industry will expand rapidly. Although China is the world’s largest LED application market, but relatively lagged in high-end LED in areas such as exhibition, production capacity is insufficient, far cannot satisfy the demand of the market, and international big brands have long dominated the domestic high-end market.

In addition, the core technology of high-end LED packaging materials is basically in the hands of European and American enterprises, which are at the low end of the industry, and it is difficult for domestic and foreign competitors to prevail. And some field homogeneity competition began to highlight, shoddy, disturbing the order of market phenomenon such as malicious price further weakened the domestic market competition ability, limiting the rapid development of domestic LED packaging industry. Only LED packaging technology can be developed continuously, so as to drive the development of LED upstream enterprises.

With the new production methods of “industry 4.0” and “intelligent manufacturing” in recent years, intelligent production has become the challenge that LED packaging manufacturers have to face. LED packaging manufacturers can make software and hardware optimizations to the existing factories and use robots instead of labor to make full use of all the equipment and not waste any of them. To some extent, it can not only free up a large amount of labor cost, but also the production time, and can further reduce the enterprise’s regular input, thus achieving the goal of increasing the profit of enterprises.

In the case of LED enterprises, only through differentiated production mode, can effectively stand out in the fierce market competition. Through the application of advanced technologies such as human-computer interaction, artificial intelligence and intelligent logistics, it can realize the intellectualization of production process, thus forming a flexible and supporting “personalized” production chain. To this, many in the industry listed companies are also the chronological, first is how to reduce artificial, cost saving, etc, also made the leadership, to achieve the economic interests of the enterprise’s growth brings the effect significantly.

There is no double whammy. It is a blessing or a curse, but it is also a sign that the competition of LED packaging enterprises will become more intense. The low threshold of packaging industry is the leading factor leading to the low technical barrier of products, which leads to the low added value of LED packaging products. In order to maintain stable development, LED packaging enterprises should adjust the industrial structure in a timely manner, improve the brand image and establish consumer brand awareness, so as to maintain the sustainable and orderly development of enterprises.