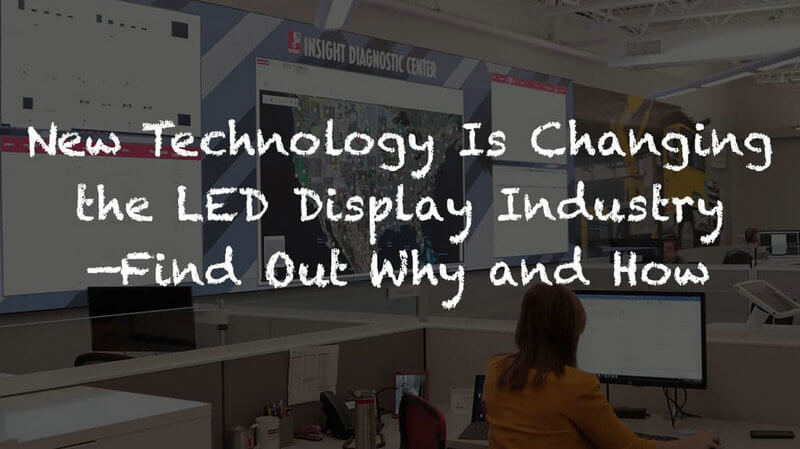 Recently, many in the industry have issued such a sigh: LED display manufacturing industrial mass production “fairly” product approach is no longer popular, more customers preference and demanding “customization” products. “Standardizing” can reduce costs, improve productivity, reduce consumption, and bring more benefits… Such voices are heard. Now, in the consumer-led market for LED displays, the industry insiders say it is different. The two different production models from the LED display industry, the “mutual love”, a stone caused a thousand waves. The problem that the fish and bear’s paw is difficult to have, also aroused the wide attention of the industry personage, the war gradually spread to the circle of friends, the industry personages in succession, set their own flag.

As the age of intelligence arrives, market demand shifts to “customised”

In fact, the concept of LED display customization has a long history, but since “customization” is more demanding for enterprises, it has been until recently that some enterprises have proposed this concept. Customization can meet individual needs and realize the “sales and production” of enterprises. Even some companies are standing on the top of the industry, Shouting “customization to win the future”. With the advent of the era of intelligent manufacturing, the type of world economy shifted from market-oriented to consumption-oriented, and the customized production mode gradually expanded to the market. Many LED display makers are surprised that market demand is no longer the same as “conformity”, and that many users are no longer satisfied with the same batch of quantitative products. From different classes, different customers choose demand diversity in a wide range of industries, customers are no longer as in the past that only “passive” choice “line” products offered by manufacturer directly, they began to put forward the more strict requirements of product.

LED display development to today, homogenization phenomenon is serious, resulting in enterprise profit compression, market competition intensifies. At the same time, China’s consumption structure has been constantly upgraded, and its consumption habits have changed dramatically. Traditional functional products have failed to meet the needs of local consumers. Low-end LED display products are constantly being driven out of the market, and consumers’ demand has changed from functional and branding to experiential and participative. In other words, it means that the opportunity for customization is coming. So capturing the customer’s psychological appeal and personalized solution will be the next breakthrough bottleneck in the LED display manufacturing industry.

Today, the LED display industry has been developing for almost 30 years. As we look back at the industry development process, it is not hard to see that the LED display industry may be quantified in the true sense of production through standardized production. LED display companies can adapt to the standardized demand in various applications, so that LED display companies can make the market bigger. As the current channel is booming, the only way to expand channels is to realize standardized production of the same products when the market demand becomes larger. And some industry insiders say that through the channel to conduct a large number of standardized products wholesale, the inventory sales convenience, no payment without payment, mass production. Not only can reduce the cost, improve the product cost performance, but also can avoid the complicated production process under the uniform standard, but also provide the support for product quality assurance. Therefore, in this mode of production, channel strategy has become a common choice for many enterprises.

For consumers, the “mutual benefit” of the LED display industry is a good thing. Through “mutual Dui”, let the pros and cons of standardization and customization is more obvious, not only the need to increase service wake-up call for both sides, more consumers how to choose LED display products provided direction, on-demand option is king. Believe that with the development of technology and market, the LED display industry in China will gradually increase in adjustment and form the relatively reasonable industrial structure, scale, standardization production primarily products manufacturing enterprises, for the promotion market application technology service enterprises, professional applied mainly in order to satisfy the demands of professional market enterprises, and other industry development direction, for the future development of LED display industry also.